A Question from the Widow of Zarephath 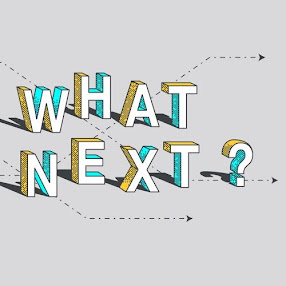 It will come as no surprise to you when I say that widowhood doesn’t hit every woman the same way. Some of you, in addition to dealing with the loss of your husband, your shared companionship, your chauffer, your escort to events of all kinds, you have suffered the loss of income.  What you ladies are experiencing isn’t the “one size fits all,” even though you have many feelings and experiences in common. No matter where you are in the grieving process or the circumstances of your widowhood, you are all asking or have asked the question, “What next, Lord?” God’s Word has the answer to that question. We are going to look at the situation of a widow in the land of Zarephath to see how God answered that question in her life.

The story of the widow of Zarephath, (her name was never given to us) is recorded in I Kings 17:8-18. Let me summarize the story for you. The setting for the story is Zarephath, just up the coast from Israel. A great famine had been brought on the land of Israel and it affected its close neighbors. This widow lived there with her young son. Because of her poverty, coupled with the famine, her food supply had dried up. She was down to just a little flour and oil from which she planned to make some bread for her and her son and then the two of them would lie down to await their certain deaths, the awful deaths of starvation. Elijah’s food supply had also run out and the Lord told him to go to Zarephath and there he would meet a widow whom the Lord had told to feed him. So, Elijah went, saw the widow and asked her to make him some bread. 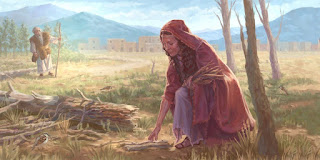 But, let me assure you that God had both Elijah and the widow in His care.  He was planning provision for the duration of the famine for both of them. God cared as much for the poor, hapless widow as He did the great prophet. Have you ever wondered if God cares as much for you as your pastor or priest or some person you think as being particularly righteous, or younger folk with more energy and with many years ahead of them? Are you then tempted to have a pity party? The widow was much like that. When Elijah asked her for some water and a piece of bread, she responded that she was gathering wood for a fire to make a little bread then she and her son would die. “Pity me, Mr. Prophet,” she was saying, “don’t ask me to help you.” But Elijah just ignored her and implored her to not be afraid, that she could do all of that, but first just make a small cake for him. Then he spoke words that must have touched something deep within her spirit. “The jar of flour will not be used up and the jug of oil will not run dry until the day the Lord gives rain on the land.” 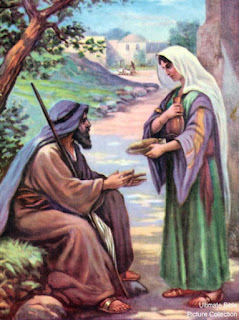 After hearing those words, she did exactly as Elijah had directed her. Why? Because God had placed it in her heart to acquiesce to his request. Both Elijah and the widow had to exercise some faith that God is who He says He is and that they could trust Him in their desperation. Elijah had to leave his own country, believing that God’s word could be trusted to have a widow feed him. The widow had to believe that Elijah’s word that a supply for food would not run out was truth. It was. Each day there was enough oil and flour as well as water for that day.

When we focus on our own needs, as real as they may be, we are unable to look around and see that others are just as hurting as we are, and this further blocks our ability to see where we might be mutually beneficial. It wasn’t only food and water that God provided for them. When you’re in a dark place, it helps to have another caring individual go through it with you. Surely Elijah and the widow had benefit of adult conversation during the day, and Elijah undoubtedly played with her son and shared stories about God. None of them had to muddle through the famine alone, or worse, succumb to starvation.

There will come a “What next, Lord?” time in each of your lives. What the widow teaches us is that God is the answer to that question, even before you ask it. Some of you remember your hard days and nights right after your husband died. You pain and loss was so deep and you hurt so much. 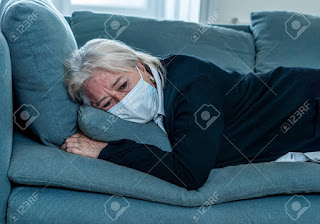 Others of you have wondered how you would make it financially. Some of you have had to make a major move and your entire world has been rearranged. You may have screamed the question at God. God can take the question anyway you want to ask it. And this story is just one example of God’s provision for his dearly loved children. I challenge you to ask yourself whether your life is open to what God might want you to do as He answers that question in your life. God could have used many means to keep this widow alive, including dropping food from Heaven in her lap. But rather, He planned that she get involved in helping the life of another and focusing on his needs first. 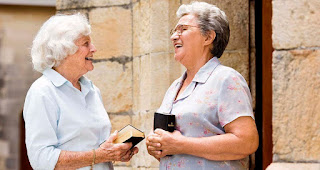 Don’t be fearful of throwing yourself on the mercies of God. Look Him in the eye and ask Him, “What next, Lord?” and then expect to get involved in the lives of others as He shows you His plans for the next step in your life. Live in joyful anticipation of how God might answer that question.

If you have not yet asked Christ into your life, I invite you to do so. Make Him the Lord of your life and enjoy the fellowship of the God who created you and whose love for you is boundless. 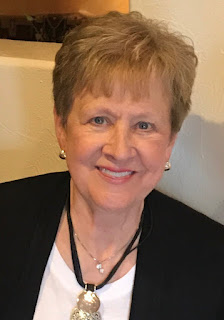 Daughter, Your Faith Has Healed You. Go in Peace 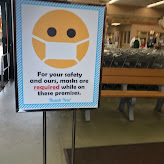 As I am writing this, the COVID-19 pandemic is going into its sixth month. Months in which some of the time was spent in quarantine, but always with wearing a mask when going out for any reason. It has been disconcerting to have favorite restaurants and retail stores closed, to be attending church services via internet, bumping elbows instead of greeting friends with a warm hug, postponing or holding “zoom” weddings and other important events, burials of loved ones without benefit of a real funeral and the list of inconveniences goes on. Yes, life has not turned out the way we imagined at the beginning of 2020. As I reflect on the isolation and inconveniences we have endured as a result of this pandemic, I’m reminded of a woman

Praying from a Positon of Strength

I hope that all of you have either read or listened to the most recent blog here on Friends Needing Friends. In it you were challenged to fast and pray this weekend, July 24, 25, 26, for God to stay this COVID-19 virus. As I stated in my previous blog, you may totally do without food for a meal each day, but we’re not asking you to fast the entire three days. Just be in prayer as you go about your day and be specific in your prayers for this pandemic to come to an end, always acknowledging that you want God’s will to be done as His timing is perfect.

Let me encourage you by calling
Read more »


The book of Esther in the Old Testament records the story I’m going to be sharing with you today. Let me just briefly give you some context for what was occurring in today’s lesson. An edict had gone forth from the Persian king, King Xerxes, that all of the Jews in his kingdom were to be killed. Esther was the queen at this time but King Xerxes didn’t know that she was Jewish so he didn’t think twice about signing the edict. However, Esther’s older cousin, Mordecai who had raised her since early childhood, knew that they were in a desperate situation. His only hope was getting Esther to go before the king and plead for her people. This would mean that she would have to declare her true nationality and that alone might jeopardize her relationship with the king. Then she reminded Mordecai that she