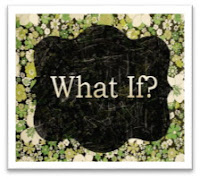 I want us today to apply some “what if’s” to the stories of three individuals in the Bible and consider how different their lives could have been.
The first individual that comes to mind is Abraham, whom we know as the father of the Jewish nation as well as all true Christ believers. (Romans 4:11) His story begins in the eleventh chapter of Genesis. We learn that Abraham, (known as Abram until God changed his name), was told by God to leave his birth family and country and go to a place that God would show him. He was also told that he would be the leader of a great nation and that all the families of the earth would be blessed because of him. Genesis 12:4 says this, So Abram departed as the Lord had spoken to him. . . But what if he hadn’t departed. He was childless, with no hope for children through his wife, he had no
idea where God was sending him, and he was leaving everyone and everything familiar to him. What if he had decided the risk was too great to trust God for the seemingly impossible. Would a Jewish nation have ever been established? Would Abraham and Sarah have ever had a son? Would God have just abandoned His idea of establishing a Jewish nation?


The next individual is introduced to us in the second chapter of Joshua. Let me summarize her story. Her name is Rahab and she gave lodging to two Israelites who were spying out the land in which she lived, and they planned to occupy.  The Scriptures tell us that she was a harlot, or prostitute. Word reached the king about the whereabouts of these two men and he sent word to Rahab to bring the men out. But she defied the king’s order and hid the men instead, afterward sending a message to the king falsely stating their whereabouts. Before she helped Joshua’s men escape, she extracted a promise from them that she and her family would not be killed when the Israelites destroyed their city. Rahab made a deliberate choice to defy the king’s order, as well as a deliberate choice to concoct a story of their whereabouts that would send the king’s men on a “wild goose chase” allowing the two Israelites time to escape.

What if she hadn’t done so and these men had been killed by the king? Would this have put enough fear in the Israelites to just abandon their attempts to enter the land God promised them? What if the king had Rahab killed for hiding the men? What if the scarlet cord that she hung out fell to the ground and was no longer visible and she and her family were killed?
Another story in the Bible that holds great fascination for me is Esther. Her story is recorded in the book that bears her name.  At some point after Esther was chosen to be the king’s new queen, she was confronted with a dilemma. Her Uncle Mordecai had learned of a plot to exterminate all the Jews and he asked Esther to go before the king to plead their cause. Esther’s initial response is recorded in Esther 4:11,” . . . any man or woman who goes into the inner court to the king, who has not been called, he has but one law: put all to death . . .Yet, I myself have not been called to go in to the king these thirty days.”  What changed her mind?  We know that she did go before the king, but she wasn’t forced to; she chose to. Mordecai’s admonition to Esther is the key to her decision: “Yet, who knows whether you have come to the kingdom for such a time as this?” (Esther 4:14b) I believe that Esther’s decision to step out in faith was based solely on her belief that it was God who was calling her to cast fear aside and do the right thing. I base this on her ultimate reply, “ . . . if I perish, I perish.” (Esther 4:16b) Nothing else mattered but pleasing God.

But, what if she had stood by her initial argument to her uncle and, in fear for her life, refused to appeal to the king. Would the Jewish nation have been annihilated from the face of the earth? Would she too have been killed because she was also a Jew?
Each of these individuals had to take the first step, in the face of the unknown,to do what God was calling them to do. And, as a result, God’s blessings were on each of them during their lifetimes. Abraham did become a wealthy landowner and he did have the heir of promise. Rahab did accept the God of the Israelites and married a godly Israelite, and lived out her days in respectability as a wife and mother. Esther, not only lived, but saved a nation and remained on the throne as the cherished wife of the king. In addition, her godly uncle was elevated to a top position in the government and throughout her lifetime the Jewish people were treated fairly.

The full reward for these three individuals was not given to them in this lifetime. Abraham didn’t live to see the fulfillment of God’s promise to him. He most likely never fully understood what God meant when He said that he would be the father of a great nation. How could he have possibly understood what God meant by stating that the entire earth would be blessed because of him?

Rahab escaped death because of her deception, but God’s grace covered that deception and she was greatly honored by God by being listed by name, a non-Jew, in the lineage of the Messiah, Jesus Christ.

I doubt that Esther fully understood the importance of her decision to go before the king. She, too, would be humbled to know that even today Jewish people the world over continue to celebrate Purim in honor of her bravery in saving the Jewish people. Beyond these honors, God’s eternal reward awaited each of them.


Now, let’s turn to a modern day story. Thirty years ago a young widow found herself alone, fearful, and desirous of attention from her church family and young pastor.  Wisely, he went to her house, heard her cries of grief and desperation, and over a cup of coffee in her kitchen, challenged her to fill the void in her life herself. How? He simply looked at her and said something like this, “Dotti, if you think that widows need friends in their lives to help them deal with all the issues now facing them, why don’t you start something for them?”  The fear Dotti felt at accepting this challenge closely rivaled the one she felt in guiding her son, Danny through the maze of adolescence without a husband. But, with trust in her heavenly father, ignoring the fear in her heart and the rapid beat of her heart, she did just that. There were ten widows who came to the first meeting June 1988. What if Dotti had allowed her fears to overwhelm her and had just gotten on with her life, muddling through the best she could? Friends Needing Friends would never have been birthed. You, along with over 25,000 others would not be reading these blogs, and hundreds of widows in New Jersey and Florida would not have been ministered to.

Ladies, taking that first step is going to be the hardest part of the process in fulfilling God’s mission for your life. But, if the four individuals I’ve mentioned today, along with countless others, hadn’t done so they would have missed out on the blessings that God had for them in this life and the eternal rewards God has in reserve for them.

Only you know what it is that God has ordained for you. I encourage you to take that first step in anticipation of what God can do for and through you. Don’t live your life, only to come to the end asking yourself:
·       “What if I had shared Christ with my neighbor?”
·       “What if I had encouraged my grandchildren to attend church?”
·       “What if I had taken the time to encourage other lonely widows?”
·       “What if I had . . .?”
I pray each of you will ask God to give you the courage and strength to step out, in faith believing that God will enable you, to fulfill the task that He has given to you.  You will be surprised by the joy and contentment you will encounter as you partner with God. You will reap many blessings on this earth and will be storing up riches in Heaven as well. 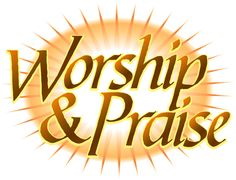 For Such A Time as This by Wayne Watson

He'll Do It Again by Beth Buck 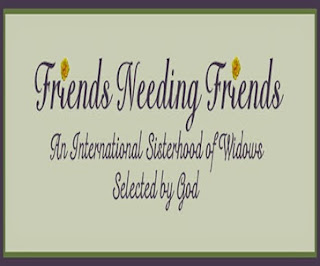