When God Honored a Group of Outcasts 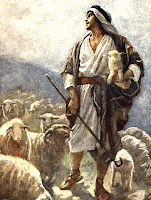 We are in the Christmas season and I want to focus our attention for the next few minutes on a group of characters in the biblical account of the Nativity as recorded in the book of Luke. Some scholars have dubbed Luke as the gospel of outcasts. He goes to great length to portray Jesus as the friend of those that society had rejected or who were considered socially inferior: lepers, gentiles, tax collectors, sick, lame, widows and women in general.

As you may have surmised, I want to focus on the shepherds who were as familiar then  as automobiles and cell phones are today. Yet, ancient shepherding was no fair-weather job. They actually lived in the pasture with the flock. Many never married, feeling their jobs were too demanding. During the day they watched while the sheep grazed. They kept an eye out for predators like wolves. And at night, they actually slept in the sheep pen with the sheep to guard against theft and animal attack. A good shepherd could identify each one of his sheep by sight. He knew his sheep and they knew him.

Yet, for all their devotion to their lambs and sheep, shepherds were despised in first century Palestine. Those who considered themselves as members of proper society in the more urban areas looked upon shepherds as uncouth, since they worked with animals. They were regarded as dirty. Afterall, they had to handle the sheep and walk the same pastures where sheep dung may stick to their shoes and their clothing may carry the stench of vomit as they cradled sick lambs in their arms. And the religious people didn’t consider them devout since their duties kept them from regular attendance at the synagogue. What would one expect with animals that are forever getting lost, falling sick, breaking a leg or having obstetrical difficulties!

Like all people who are despised for whatever reason, they were useful to the people who despised them. Think about it. It was an unblemished lamb offered up in the temple services. Temple authorities had their own private flocks just outside of Jerusalem, in the Bethlehem hills. Here the shepherd cared for their own flocks as well as attending to those of the temple authorities, always on the lookout for the perfect lamb to be offered in the temple. And it was to this despised group of rural, coarse, smelly men that the birth of the spotless Lamb of God was first announced. They were the first to 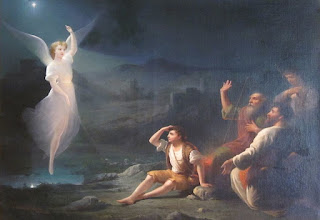 hear the words, “For unto you is born this day in the city of David a Savior, who is Christ the Lord,” (Luke 2:11).  God was demonstrating, by His choice of these humble shepherds to be the first to receive the news of Christ’s birth, that Jesus was not going to be the Savior of only the political and social and religious elite.  Jesus is the Savior of all equally; he doesn’t give preference to any group or any class.

Don’t you love the fact that God loves ordinary people? People like you and me. When we were lost in our sins, dirty and outcast, he revealed himself to us and let us know that he wants to become our Savior. There’s something about ordinary folk, you know those “salt-of-the-earth” type who don’t project false fronts that some sophisticated people are guilty of doing.

Has loneliness, despair, discouragement, and brokenness made an appearance in your life? Let the message to the shepherds sink in: “Unto you is born a Savior.”  The angels’ pronouncement that long-ago night is for YOU. 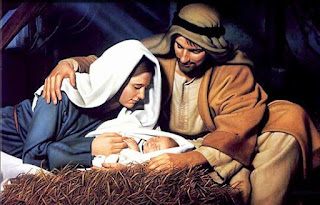 The birth of the Christ-child is about God coming to us in our everyday lives and saying to us, "Don't be afraid, for look, I proclaim to you good news." 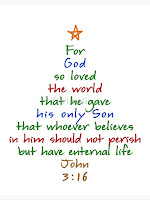 By sending the angels to the lowly shepherds to herald the birth of his son, God let us know that Jesus is for all people. “God so loved the world that he sent his only begotten son that whosoever believes in him should not perish but have everlasting life,” (John 3:16). While at Christmas we focus our attention on the virgin birth of Christ, we must never forget for a moment that Christ was born to die to pay the debt for the sin of all who would come to him.

Christ shed his blood on Calvary that we might have eternal life in a heavenly home that is beautiful beyond our comprehension.

Have a blessed Christmas!