Kicking Depression to the Curb in 2022 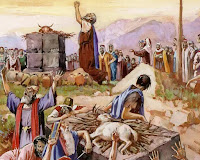 I want to talk to you today about a subject that many don’t want to either talk about or even listen to others talk about. That subject is depression. Did you know that one in ten adults in the United States struggles with depression and it’s common in older people. Feeling sad or “low” is just one symptom of depression.

There’s a story in the Bible about a well-known prophet, Elijah, who was battling depression. Let me summarize his story found in I Kings 19:1-31.  After the victory on the mountain where Elijah and the prophets of Baal had a contest to see whose God would hear them and burn up a pile of wood on an altar, the Lord God of Elijah heard his prayer, burned up the water-soaked wood, the sacrifice, the stones, the dirt, and even the water in the trench. The Baal worshippers got no response from their god and their prophets were put to death. 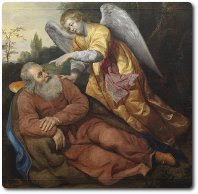 Upon hearing this, Queen Jezebel sent word to Elijah that within a day’s time he would be as
dead as her prophets. Elijah ran in fear for his life to Beersheba, where he left his servant, and then ran another day’s journey into the desert. There he collapsed under a broom tree and prayed for death saying, “I’m ready to join my ancestors in the grave,” and fell into an exhausted sleep. At this point an angel awakened him and told him to get up and eat. God had provided bread and water for him and he consumed them both and fell asleep again. Again, an angel appeared to him and told him to eat some more as God had some work for him to do.
So, what can we learn from Elijah’s story?
Some of you most likely could benefit from a regular sleep and eating schedule. Some of you refuse help from children, grandchildren, or friends who are only too happy to take some of your workload on themselves. Others of you could afford to hire some help with cleaning or yard work, but you’ve made it a badge of honor to do it yourself. Some of you haven’t developed good eating habits since you’ve become widowed. You may not even realize that a root cause of your poor eating habits is mild depression. You just slough it off as hating to eat alone, but most likely, it goes deeper than that. My aunt, who was a single woman, carefully put her place setting out before serving herself a meal. Just because she was alone didn’t deter her from making a nutritious meal and serving it as though she were in the company of others. Don’t neglect your health by poor eating habits. 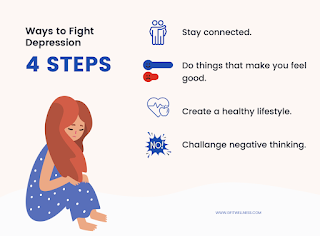 The pandemic has touched the lives of all us to some degree and many of us have lost close friends and/or family members to it. Special days tends to be a “downer” for widows and other pressures of life are always on the verge of closing in on us. There’s more than enough as we age to threaten our mental health so we have to be on the alert and be wise in how we respond.
Are you getting enough exercise? Exercise benefits us in many ways such as protecting against heart disease and diabetes, improving sleep, and lowering blood pressure according to Dr. Ronan Factora, M.D. Dr. Craig Miller reminds us that exercise supports nerve cell growth which helps relieve depression. So, make sure you’re getting enough exercise, rest, and proper nutrition. 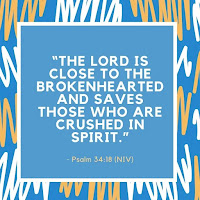 As you look forward to the remainder of this year, remember that physical health is important to mental health and practice good habits to enjoy this year in the grace and peace of our precious Savior, Jesus Christ. Even though Elijah prayed for death, God let him know that he still had work for him to do. The same applies to you. Your worth is not devalued because you are getting older, are widowed or for any other reason. You are a valuable and much-loved daughter of God. Live 2022 in expectation of what God has planned for you.

God Will Make A Way by Don Moen

Consider the "What ifs?"

A few years ago I did a devotional on this site entitled What If? I want us to revisit this question today because life is full of “What if’s” and we have all played mind games where this is the central question:

I want us today to apply some “what if’s” to the stories of two individuals in the Bible and consider how different their lives could have been. The first individual that comes to mind is Abraham, whom we know as the father of the Jewish nation as well as all true Christ believers, (Romans 4:11). His story begins in the eleventh chapter of Genesis. We learn that Abraham, (known as Abram until God changed his name), was told by God to leave his birth family and country and go to a place that God would show him. He was also told that he would be the leader of a great nation and that all the families of the earth would be blessed because of him. Genesis 12:4 says this, “So Abram departed as the Lord had spoken to him. . .”  But what if he hadn’t departed. He was childless, with no hope for children through his wife, he had no idea where God was sending him, and he was leaving everyone and everything familiar to him. What if he had decided the risk was too great to trust God for the seemingly impossible. Would a Jewish nation have ever been established? Would Abraham and Sarah have ever had a son? Would God have just abandoned His idea of establishing a Jewish nation? 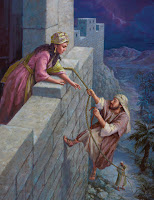 The next individual is introduced to us in the second chapter of Joshua. Let me summarize her story. Her name is Rahab, often referred to as Rahab the harlot, and she gave lodging to two Israelites who were spying out the land in which she lived and they planned to occupy. Word reached the King about the whereabouts of these two men and he sent word to Rahab to bring the men out. But she defied the King’s order and hid the men instead. Before she helped Joshua’s men escape, she extracted a promise from them that she and her family would not be killed when the Israelites destroyed their city.
What if she hadn’t defied the King’s order and these men had been killed? Would this have put enough fear in the Israelites to just abandon their attempts to enter the land God promised them? What if the king had Rahab killed for hiding the men? What if the scarlet cord that she hung out to identify her apartment fell to the ground and was no longer visible and she and her family were killed?
Now, I want us to look at the story of a modern day example of a “What if?” story. In 1988 Dotti Ackerman was newly widowed, living in New Jersey and had been challenged by her pastor to start a ministry to widows when she shared with him her loneliness and feelings of despair at the thought of rearing a teen-age son on her own. So she stepped out in faith and began having meetings in the back room of a local diner. In 2012 when she found herself again a widow, she was the director of a large ministry, meeting in a local country club crossing denominational lines, with half being Roman Catholic. Because her now grown son was living in Florida and wanted Dotti closer to him and her grandchildren, Dotti felt that God wanted her to make the major move to Florida. Her pastor, the same above-mentioned pastor, 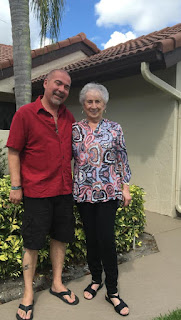 questioned her decision to move. Why would she leave success to have to start over in an unknown community, with no local church to back her, and knowing no one? Why indeed. Her wise pastor wanted her to ask these questions and make her decision based on God’s leading. Dotti felt that God was leading her and she made the move to Florida, with her Pastor’s blessing.
Dotti encountered difficulty finding a pastor who would allow her to use his church building, she had to navigate the road of communication to get the message out about the ministry, she had to do many things on her own for which she had previously received help from her church, and she had no financial backing. But, she persevered and today the Florida chapter of Friends Needing Friends is celebrating its 10th birthday.
You are capable of asking the “What if?” questions yourself. But, I’ll start you out:
HAPPY 10th ANNIVERSARY to the Florida chapter of Friends Needing Friends. It is a joy to see your radiant faces each month. You are a vibrant testimony of faithfulness to God’s calling. Thank you, Dotti, for following the call of God on your life.
Ladies, taking that first step is going to be the hardest part of the process in fulfilling God’s mission for your life. I encourage you to take that first step in anticipation of what God can do for and through you. Don’t live your life, only to come to the end asking yourself what if questions:
May God shower you with his grace and mercy in the coming year.
From the desk of Dotti Ackerman
Founder & Director of  F.N.F. Widow Ministry, Est. 1988
A special video was put together as a reminder of some of our monthly program over the past 10 years. God has truly bless this  FNF widow ministry.  -   Just click and enjoy!
Wow! 10 - 7 - or 5 years ago - have we changed! (For the good - Amen!)