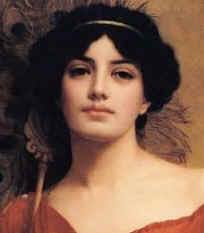 There are few emotions that render hopelessness in the heart of an individual like discouragement. With discouragement an individual sees no way out of a situation, feels that no one understands her predicament and pain, and this can spiral into hopelessness and despair. I was introduced to a song recently entitled, “He’ll (God) Do it Again.” This song references some of the despondency that comes with discouragement and seeks to remind us that what God has done for us in the past, as well as for others, He’ll do again as He’s the same yesterday, today and forever.

A woman in the Bible who became a widow under heinous and deeply painful circumstances is an example of an individual who experienced great loss and pain, yet lived to see God work on her behalf and reverse her circumstances. Her name is Bathsheba and she is the fourth and last mother mentioned in the Matthew’s genealogy of Jesus.

Bathsheba was the very beautiful woman for whom David lusted, took to bed and impregnated, then had her husband killed so that he could wed her. Some have cast her as a seductress, but I take issue with that. She was doing what she most likely would have done many times as she assumed the men were off to war and her privacy was 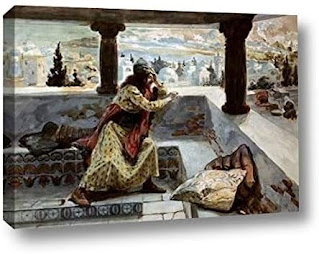 assured as she bathed on the rooftop. 2 Samuel 11:4 tells us that David sent his men to get her (he was the king and she had to come) and when she came to him, he lay with her. David is cast as the actor and she the one acted upon. Dr. Larry Richards, a noted Bible scholar, calls it outright rape. Then when David learns of her pregnancy by her encounter with him, he devises a way to make it appear that Uriah, Bathsheba’s husband, is the father of the child. When that plan hits a wall, David assigns him a battle position basically assuring his death, which was soon in coming.

So now Bathsheba finds herself pregnant with a child of rape, and a widow. Hebrew literature doesn’t go into great detail relating the emotional responses, especially of women, but it’s not hard to imagine the fright, sorrow, anger, and despair that she must have endured during this period of her life. After her formal mourning period was over, David sent for her and she became his wife, (one of many). The story might have ended there with the child being born and she living out her life in luxury as one of the wives of the king. But life isn’t a fairy tale and this child at some point became sick and died. Again, Bathsheba’s heart was broken and she endured the despondency of losing a precious child. Later, Bathsheba bore another son whom she named Solomon and was granted the joy of motherhood. 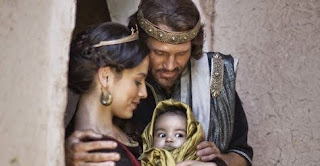 David had other wives and many sons, any who could have become king. Bathsheba wanted her child to succeed David and she laid aside fear, went to King and advocated for her son to succeed him and won David's promise to do so. She further acted courageously on Solomon's behalf when it looked like another son was going to claim the throne. Even though her marriage began on the weakest of foundations, she had the strength and fortitude to put that behind her and be a good wife and mother. It is said that Solomon wrote the book of Proverbs as a dedication to his mother who strongly influenced his life. Bathsheba lived to see God restore her life and bring great honor to her and her descendants. 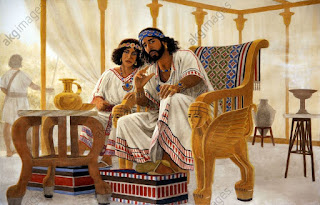 Your life has parallels to Bathsheba’s. You have suffered loss through the death of a loved one and have experienced the inconveniences, lonely hours, fears, and discouragements that accompany that loss. Some of you may still be in the first throes of grief; others may be more resigned and learning to adjust to your new “normal.” Let me remind you that God was with Bathsheba through everything she endured. As a woman, little concern was given to her feelings, but God saw and He cared. Solomon did become the king of Israel after his father, David. And, as we know, our precious Savior 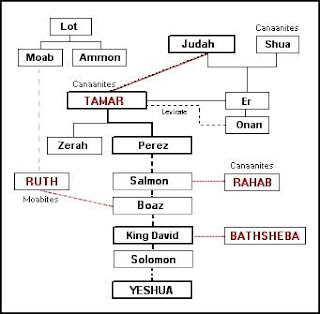 was born from the lineage of David and as the mother of Solomon, Bathsheba also is in the lineage of Jesus. Jesus didn’t forget her and the injustice done to her. This loving heavenly Father cares just the same for you. In fact, as the song says, He’s fighting for you; He’s on your side no matter how discouraged you may feel or how hopeless the situation may appear to you. He knows just how your heart has been broken in two and God will do it again just as He did for Bathsheba. He will wipe away your tears, calm your emotions and give you a hopeful future. Remember the words of the Psalmist, “…weeping may stay for the night, but rejoicing comes in the morning.” Psalm 30:5.

If you haven’t accepted God into your life but would like to do so, just sincerely follow the steps below.

Commit yourself to His righteousness by confessing Jesus as Lord and Savior. (Isa 53:5; Col 1:22)

Prayer: Father in Heaven, I'm sorry for the things I've done that are wrong. I am a sinner, forgive me. Thank You for loving me and sending your son, Jesus, to pay the penalty for my sin. Holy Spirit, come into my heart; Jesus, be my Lord and Savior. I give You my life.   Amen

Music by Beth Buck - "He'll Do It Again"