You Are Never Out of God's Sight and Care

There is a widow in the Bible who is given just a little space, yet, in spite of what we don't know about her, there are lessons we can learn from her story. Mark, in the 12th chapter of his book, tells us that Jesus was watching the crowds as they put their offerings in the temple treasury. Many were rich, but along came a poor widow who put in two very small coins. Jesus called this to the attention of his disciples and told them that this widow had put more into the treasury than all the others. How was this so since many had put in large amounts? You see, the former gave out of their riches; she out of her poverty.

There is a truth for you widows that I want you to glean from this story. This widow, though desperately poor, showed her great love for God by giving her all to Him. Jesus said it this way, “but she, out of her poverty put in everything – all that she had to live on.” But she showed more than just love for God, she demonstrated a heart that believed that she would be taken care of in spite of giving her all to God. Perhaps she had read and reread the stories of the widow of Zaraphath or the story of the widow whose supply of oil didn’t run out. She knew that somehow God would see that her daily needs were met. No matter your financial circumstances, you are never out of the care of your heavenly Father.

Let me tell you a little more about the plight of most widows in ancient Palestine. Most had no legal standing and no resources of their own.  If her husband died leaving her without sons to run the business or family farm, her land was put into the trust of someone else to run it for her. Jesus comments on this poor widow were given after describing the Scribes, who were the legal scholars and experts on the Scriptures, as those who "shamelessly cheat widows out of their property and then pretend to be pious...” (Mark 12:40). The implication of this is that the Scribes were using their status as experts of the law to defraud the widows out of their property. They were supposed to protect this widow, but in fact had left her with only two small coins to live on. It was a totally unjust system in which Jesus' sharp warnings to those who so treat widows is as valid today as the time in which it was first spoken.  And there are many such warnings in both the Old and New Testaments.

Exodus 22:22-24  You shall not afflict any widow or orphan.  (23) If you afflict her at all, and if she does cry out to Me, I will surely hear her cry: 24 and My anger will be kindled, and I will kill you with sword, and your wives shall become widows and your children fatherless.   I would love to know more about this woman, but Jesus let us know by this story of His great love and concern for the vulnerable among us. Anyone who defrauds you or tries to take advantage of you in any manner is going to answer to the highest authority. Jesus said it outright “Such men will be punished most severely.” The widows of Friends Needing Friends living in America, with many legal protections, love their fellow sisters in Christ in less fortunate nations such as India and give of their resources to see that their necessities for life are available to them. They do this through the ministry of the 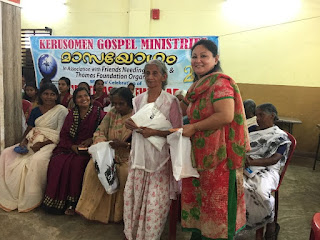 Kerusoman Gospel Ministries who minister not just to the physical, but also the emotional and spiritual needs of these precious women. They are the hands and feet of Jesus extended to the most vulnerable of our day. God’s eyes see this too and their reward is awaiting them.
Thank you ladies wherever you live and however you help provide for those less fortunate than you. You, too, are Jesus’s hands and feet in this world. Never forget to thank the Lord for His ever-watchful love and concern for you. Live with the peace that only our loving heavenly Father can give. 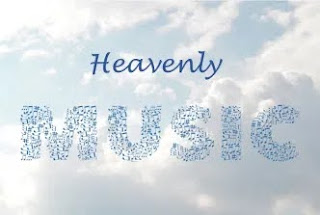