Learning from Mary, The mother of Jesus, How to Suffer Loss 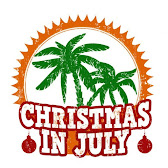 It’s July and in America it’s not uncommon for people to give a nod to Christmas during this month. Sometimes radio stations will play Christmas songs and organizations might do a special tribute to Christmas in their activities. It’s called Christmas in July. For the remainder of this year, I thought I would pay tribute to some of the great women in the Bible starting here in July with Mary, the mother of Jesus.
Now, we’re all familiar with the account in the gospel of Luke where the angel Gabriel made the announcement to Mary that she would be the mother of the Messiah. Mary’s response was simply, “I am the Lord’s maid, ready to serve. Let it be with me just as you say,” (Luke 1:38b MSG). Keep those words in your mind as we look at Mary in another setting. 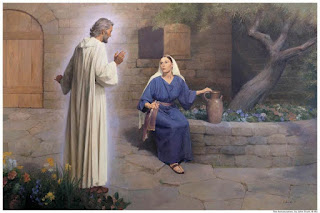 Jesus, though the son of God, was also Mary’s son and she loved him with the heart and devotion of a mother. When he was sick, she nursed him back to health, and when he fell and skinned his knees, she tenderly washed them and administered healing oils to them, and when the neighborhood children taunted him by calling him a bastard, Mary’s mother-heart ached for him, comforted only by what she knew to be the truth.

By the time of Jesus’ crucifixion, Mary was a widow. She had experienced the death of her husband and the loneliness that accompanied it and now her precious son is enduring a public travesty. Mary, doubtless, took pride in her son when the crowds of thousands followed him and his teachings and clamored for his attention or his healing touch. But now, the religious leaders who hated him along with many who had hailed him, had turned against him. Mary had to watch from the sidelines as her son endured a mock trial and a death 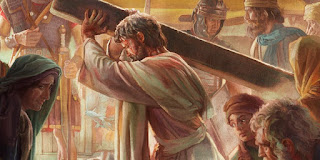 sentence by crucifixion. Think about it. She observed him endure the scourging that cut deep into his flesh and the nails hammered through the tendons of his feet and hands, all coupled with the shame of being stripped naked as Roman soldiers mocked him. The Scriptures tell us that Jesus was so battered that he was unrecognizable. I can’t help but wonder if Mary could possibly have had any inkling of what she too would have to suffer when she uttered those words to Gabriel, “Let it be to me as you have said,”? How could Mary stand and watch her son endure an agony no other mother would have to endure with calmness, without making a scene by shouting epithets at the soldiers or throwing herself prostrate at the foot of the cross? And who would have blamed her had she? I suggest it was because Mary’s life was emotionally centered in God.

You widows know the pain of the loss of your spouse and some of you may have endured the grief of losing a child. Some days I’m sure that your losses have made you want to give up on life. But, you haven’t. I encourage you to look at the example of Mary as she calmly accepted the worst that life could give so that the whole world would have the opportunity to have the best that both life and death could give. God knew what He was doing in choosing Mary to become the mother of His son. He saw a young girl with a heart fully surrendered to Him. 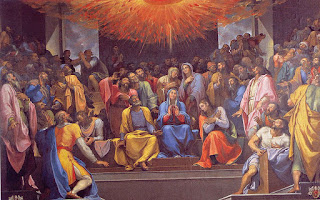 Mary’s life wasn’t over with the death of her son. Jesus arose from the dead and ascended into Heaven, yet Mary lived for several more years. Don’t forget that Mary was one of the 120 gathered in the upper room on the Day of Pentecost when the Holy Spirit, that Jesus had promised He would send, was poured out on them. Yet, other than mentioning her as being present, Scripture doesn’t mention her again. Mary was content to live out her life in the home of John, the beloved apostle, as a faithful attender to a newly formed home church. Yet, I have no doubt, that, full of the Holy Spirit, she was a continual blessing to many. Do I think she missed the physical presence of her son? Yes, I do and there were probably days, even knowing that He was awaiting her in Heaven, when the tears flowed. While there will never be a need for another Mary, God desires that each of you surrenders your life to Him and allow His strength and succor to be yours as you live with pain and loss. Though the tears may sometimes flow, I encourage you to say as did Mary, “Let it be with me just as you say.”  Through the power of the Holy Spirit in your life, may you continue to be a blessing to many. And lest I forget, Merry Christmas in July!

" Mary Did You Know"