Rahab, One of Four Women Mentioned in Jesus’s Genealogy 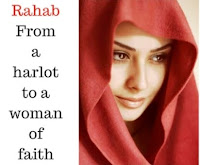 Last month we learned a little more about the story of Tamar, the first woman mentioned in Matthew’s genealogy of Jesus. This month I want us to meet Rahab. In fact, she is most often referred to as “Rahab the Harlot.” Can you imagine going through life having attached to your name the worst sin or character flaw you may exhibit? Jill the gossip, Jill the liar, Jill the
abortionist. Put your own name there and see how
it would feel to be so represented. Her story begins in Joshua 2, a book of the Old Testament. Her house was located in the outer city wall of Jericho and she was an innkeeper there. Archeological discoveries make it pretty clear that prostitution was common in 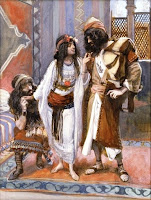 drinking establishments and inns. In fact, the two professions were so closely related, to call one an innkeeper insinuated that sex would be offered as a service. Since she was in a position to lodge guests, it was natural for Joshua’s spies to go to her place of business. We are told that most everyone knew about the miraculous events of the wandering nation of Israel and the power of their God, Jehovah. They told her about their mission as spies for the Hebrew people and she courageously hid them from the Jericho authorities who were on the lookout for them.

Who knows why Rahab was so willing to trust the Hebrews? Perhaps she was heartsick of the life she was living, feeling worthless and without value. Whatever her motive, she put her fears aside and by faith accepted the word of the Hebrew spies to protect her life if she protected theirs. But it wasn’t only her life that she bargained for. She might have simply been concerned for her own safety, but her agreement was that she and her entire family would be saved. She had heard of the deeds of their great God and she put her faith and trust in Him. God enabled her to be successful in concealing them and she was rewarded by being saved from death when the Israelitesdestroyed Jericho. In fact, she and her family were the only ones to escape death when the walls of Jericho fell down. (Joshua 6:17-25) 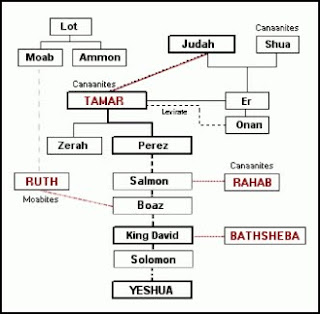 She went to live among the Jewish people, accepting their God as her own, married an Israelite by the name of Salmon and produced a son, Boaz, who became the husband of Ruth and they became the grandparents of King David. Now, if you’re keeping track, that would make Rahab the great-great grandmother of King David, whom we know to be in the lineage of Christ the Messiah.
For her strong faith in God and her courage in protecting the men of God, Rahab along with Sarah, Abraham’s wife, are listed in the Who’s Who of people of faith in the Bible.(Hebrews 11:31) In the book of James, Rahab is used as an example of how someone can be transformed by a living faith in God and produce good works. It matters not what your past looks like, God’s grace is able to totally change you into a woman of sterling character and make you His child. That is even better than being in his lineage. There are lessons here for each of us women. God’s love reaches deep into the recesses of our lives, regardless of what lies there, and offers us transformation and a purpose for living. As someone put it, “If a common harlot of Canaan could become an uncommon saint of faith and courage and receive the privilege of motherhood in the line of Jesus Christ, then surely nothing is impossible with God.” 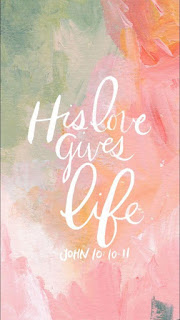 Actually, God shows His great mercy and power through human weaknesses. That should be encouraging and freeing for each of us. Each of us comes to him with broken places in our lives, carrying more baggage than we’d like to admit, and yet, Jesus welcomes us with open arms into his family. But, he does more than that. He transforms us into His image, which is one of perfection and love.

Pastor Tim Dilena reminds us that the only way the past lets go of us is when it is confronted with a future in Jesus. “When you are connected to Jesus, the future is bigger and greater than your past.” So, just like Rahab of old, no matter what characterized your past, give it to Jesus and let him give you a future filled with joy, purpose and hope.

Pastor Tim further reminds us that if time heals all wounds, then we wouldn’t need Jesus. You, as widows, have had a past marked by mistakes, sins, disappointments, and grief,  deep grief. Even the good times have often been overshadowed by some of the negatives. Perhaps even now, your grief and disappointments weigh you down. Your best efforts, your attempts at maintaining a balance in your life just aren’t working. Let me assure you that Jesus’s love for you transcendsall of your own efforts, even when coupled with the attempts by others to bring joy and fulfillment back into your life. Jesus said, “I have come that they may have life and have it more abundantly.” Now, that’s real living. Can you imagine Rahab’s absolute joy to be accepted into the Jewish community, marry a good Jewish follower of God and conceive a son and become a normal mother in the neighborhood?

You, too, can experience a renewed hope in living when you make Jesus the Lord of your life. Remember, God does not measure us by the sins of our past; it was Rahab’s choices that entered her into such high standing in the Bible and brought her into the lineage of Jesus Christ as well as the Honor Roll of Faith in Hebrews 11. Aren’t you glad that we don’t have to be women with perfect backgrounds to be used by God significantly? We just need to give our lives to Christ wholeheartedly, with integrity and we will find ourselves, much like Rahab, used of God to influence our families and our communities for eternity.

You say, where can I find that trust? By giving your life to Christ. Here's how:

Pray:  Father in Heaven, I'm sorry for the things I've done that are wrong: I am a sinner; forgive me.  Thank You for loving me and sending your Son, Jesus, to pay the penalty for my sin. Holy Spirit, come into my heart; Jesus be my Lord and Savior. I give You my life.   Amen