This June marks the 33rd anniversary of Friends Needing Friends. In honor of this occasion, I dedicate the following verses from Psalm 92.

Planted in the house of the Lord,

They will flourish in the courts of our God.

They will still bear fruit in old age.

They will stay fresh and green,

Proclaiming, “The Lord is upright;

He is my Rock, and there is no wickedness in Him.”

Let’s look more closely at this Psalm and analyze some of its symbolic language. Cedar wood is known for its durability and beauty. Solomon

used this wood when he built the temple. Even today, cedar is often used to make outdoor furniture because of its ability to withstand the ravages of weather. The branch of a palm was symbolic of triumph and victory. Both the cedar and palm are evergreen trees, always growing, always bearing fruit. So, though the older individual will not have the physical vitality of youth, yet they will still make a difference with their lives as they serve God. They will be fresh and green, or still have purpose, even though their bodies are aging, and their hair is turning gray.  II Corinthians 4:16 reminds us “Though outwardly we are wasting away, yet inwardly we are being renewed day by day.”

Have you ever considered the ages of some of our biblical heroes? Moses and Aaron were 80 and 83 when they were chosen to lead the Israelites out of Egypt. Joshua was in the last 30 years of his 110 years of life when he led the conquest of Canaan and Caleb was in his 80’s. A modern day heroin that comes to mind is Corrie ten Boom who was 54 years old when she started her travels to 64 countries, speaking and preaching about Jesus Christ. She was 79 years old when 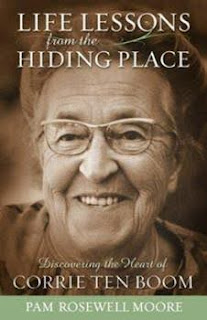 she wrote her bestselling book, The Hiding Place. Don’t overlook the first line of this psalm, “The righteous will flourish…” Corrie, as were all of these individuals, were tried in some of life’s cruelest crucibles, yet remained faithful to God. Corrie spent time in a concentration camp where she was subject to and witnessed the worst of evil. Yet, it was this that prepared her for such a great ministry in her later years.

In 1988 Dotti Ackerman, founder of Friends Needing Friends, became a widow with a young son. She was encouraged by her pastor to start a ministry to widows who might be experiencing the same pain as she. She began by inviting a few widows to a local restaurant for dinner, where they were treated to some inspirational music and a short devotional from God’s Word. Yet, this ministry would grow to encompass three counties and cross religious affiliations. Dotti remarried and was widowed again before she moved to Florida in 2011. Dotti now has a strong Florida chapter, and the original New Jersey chapter is under the capable leadership of Mary Lou Tweed. I now write a monthly blog going out to thousands across the globe. Just in the past year, this has been extended to include this monthly video lesson. Little did I know that my years of teaching writing to students would be used in my retirement years to composing computer blogs and teaching via the internet. Neither Dotti nor I, as well as the capable women who assist, ever dreamed that God would still be using us well into old age to minister to widows and others hungry to learn more about Jesus and His love and compassion for them.  In addition, we now support 45 widows in India through the Kerusomem Gospel Ministry.  Yet, this is exactly what this Psalm tells us God will do for the righteous (those following after God). That promise is for you, too. Never consider yourself too old to do anything. 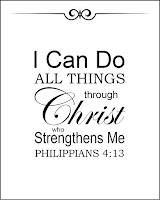 Proclaim with St. Paul, “I can do all things through Christ who gives me strength,” (Philippians 4:13). We have all aged 33 years since 1988 when this ministry began, but those are years that God has been grooming us for what it is He has for us in this season of life.

So, Happy 33rd Anniversary to Friends Needing Friends and my prayer is that God will continue to make you a true blessing and inspiration for His kingdom for many more years. 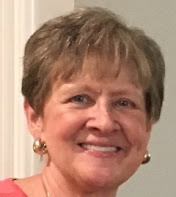 Dotti Ackerman
Founder & Director of Friends Needing Friends
International Widow Ministry
I thank God for our friendship of over 30 years. As Shari said in her message, neither of us ever dreamed that God would still be using us well into our old age to minister to widows. "FNF" is also supporting  many widows in India through the Kerusomem Gospel Ministry and we pray that FNF ministry will continue to be a blessing to widows world wide.
Blessings,
Dotti Ackerman