ALWAYS ENJOY BEING A BLESSING TO OTHERS 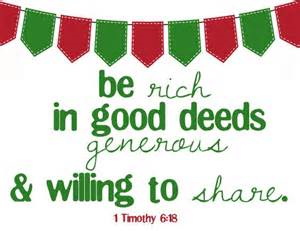 In I Timothy 6:18, we read these words: Command that they do good, that they be rich in good works, generous, willing to share, and laying up in store for themselves a good foundation for the coming age, so that they may take hold of eternal life. (MEV)

Paul is writing to Timothy, his son in the faith, and instructing him on what he should be teaching to the church in Ephesus. Someone, upon reading this verse, remarked that it is telling us to enjoy being a blessing to others for in so doing we are laying up eternal riches that will far exceed any sacrifice we may make down here.

As I contemplated this verse in reference to widows and, always seeking to inform my writings with biblical examples, I thought of Tabitha, the story of whom is recorded in Acts 9:36-42.  She was a follower of Jesus Christ who became ill and died.  Her death so upset the people of her church in Joppa that they sent for Peter to come. 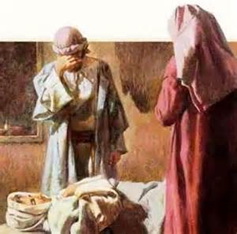 The scriptures don’t say exactly why they sent for Peter, but it does tell us that when he arrived the widows could only take him to where Tabitha’s body lay, and then through their weeping point out to him the many garments that Tabitha had made. The scriptures describe her as being full of good works and acts of love. The scene seems to be that of a group of widows, who traditionally were among the most impoverished in their culture, totally distraught at the death of this generous, loving woman and looking to Peter whose miraculous works were well known, as if to say, “We can’t survive without her. Do something!” And he did.  He sent them out of the room, and prayed over her and God raised her up.
Tabitha has left us with quite a legacy and example of how to live out the injunction of I Timothy 6. 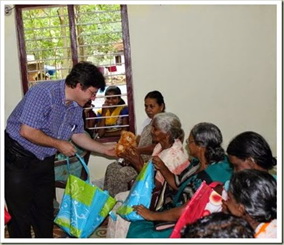 As many of you know, the FNF chapters in New Jersey and Florida have “adopted” twelve widows in India and send a monthly stipend to them through the Kerusomen Gospel Ministries.  They have selected what are known as “orphaned widows,” those with no family to help them; in fact, many times they have been totally abandoned by their families and left with no means of support.
These American widows initially took on the support of five orphaned widows and that group has grown to twelve.

Dotti Ackerman, director of the Florida chapter, asked her widows to give a Christmas gift in the amount of $5.00 per widow above their regular stipend. Dotti relayed the following story to me:
One afternoon when I was at my dentist’s office, he inquired how everything was going with me, knowing that I was undergoing cancer treatment. We had developed a special bond as both his mother and sister were cancer survivors. I told him about my widows’ group’s support of the widows in India and how we were wanting to send them a monetary gift at Christmas as well as gifts to Pastor Sahaya Simon and his family who oversee the ministry. My dentist Dr. Ralph asked me how much was needed, and then gave me enough American dollars to cover monetary gifts for the widows and gifts for the Pastor and his family. The $55.00 my widows collected covered the cost of mailing 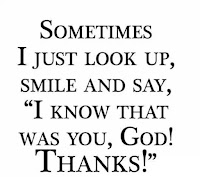 Dotti was elated as she shared this story of God’s provision. Her widows gave sacrificially and God moved on the heart of Dotti’s dentist to go beyond what Dotti could ask or think and a dozen widows and a pastor’s family in India will be the grateful recipients.

However, I don’t want you to think that by doing good you somehow earn God’s approval.  Oswald Chambers beautifully says it, “Christian character is not expressed by doing good, but by God-likeness. It is not sufficient to do good, to do the right thing. We must have our goodness stamped by the image and superscription of God. It is supernatural all through.”

In other words, our acts of love and service are prompted and empowered by the Holy Spirit who indwells each of God’s children.  Pray that God will open your eyes to ways to show His love through acts of generosity and service each day. 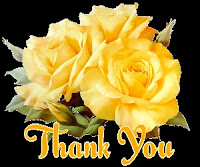