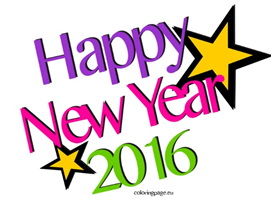 Happy New Year! Today’s blog is the first of two that I will be sharing with you as we begin a new year in which to live and serve God. The beginning of a new year is the usual time for taking inventory, deciding what to hold on to, what to discard, and what to add to one’s life.
You hear the phrase, “New Year’s Resolutions” bantered around a lot. A much more scriptural exercise is found in Psalm 76:11a: Make your vows to the Lord and fulfill them.

By definition a vow is a solemn promise.  To make a vow that is solemn means that it is characterized by deep sincerity. So, I want to challenge each of you, as older women of God, to purpose to serve and be a servant of God in 2016 – to make a vow to God that you will serve him in specific ways this year.  The one thing we don’t want to be guilty of is living our lives as though we were God’s only child, focusing only on ourselves. We are part of a big family, and we need to look for ways to help and serve each other.

It has occurred to me that there may be some in my readership who aren’t sure if she
is a member of God’s family. You certainly aren’t going to make a vow to someone with whom you have no relationship. The Scriptures tell us that those who come to the Father (God) do so through His son, Jesus, who died to remove our sin and make it possible for us to approach a holy God. By acknowledging that you accept Jesus as your savior and, with God’s help, will serve Him, you become a child of God. If you’re unsure of how to do this, I have included a prayer at the end to get you started. *

As with anything one undertakes to do, it’s important to understand what’s involved. So, give attention to these aspects of your service to God:

The reason I ask you to consider these is because it will assist you in being serious and specific about your service. Otherwise, you are more likely to end up with just lots of good intentions. 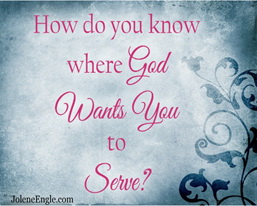 Let’s consider the first aspect, what it is that you feel that God would have you to do this coming year. I can’t answer that for you, you have to ask God in prayer to show you areas or an area where you can serve Him.  Begin by asking, “Lord, what work would you have me doing?” Once you feel that you know what it is you should do, then begin to consider how, when, and where.


To assist you in this process I want to just briefly look at some examples of women in the Scriptures who impacted their communities – and beyond – for good. Hopefully they will serve as mentors to help you as you begin to prayerfully contemplate how you, too, can make a difference in the lives of others and serve God in a specific way this year. 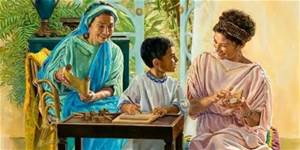 The first one that comes to my mind is Lois, the grandmother of Timothy. In II Timothy 1:5, Paul, in writing to Timothy references her as having a strong influence on him and his relationship with Christ, when he said, “I know how much you trust the Lord, just as your mother Eunice and your grandmother Lois do . . .” We can easily forget that service to God begins with our own families. Grandparents are in a unique position to influence their grandchildren. Consider this: You are having an influence, is it impacting your grandchildren to pursue God? Only eternity will let us know all that Timothy did, but we know enough to know that he was an invaluable assistant to St. Paul and the early church. His grandmother, I’m sure, will receive her recompense for her faithful teaching and godly example to her grandson. In Titus 2: 4 Paul admonishes the older women to teach the younger ones and often we fail to obey that injunction, even in our own families.

Then I think of Dorcus, about whom I recently wrote. (I Timothy 5) She was a woman, most likely a widow or a single woman, who devoted her life to sewing clothing for the poor. Because she specifically targeted the poor to be the recipients of her handiwork, which included a great number of widows, she was ministering to God. Your act of service may not seem out of the ordinary either, but when you prayerfully make your choice of service, God will make it extraordinary. Think about it: all Dorcus did was sew clothing, something just about every woman in that century did, but she dedicated her work to God. 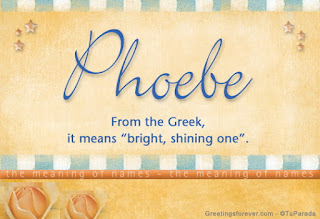 Lastly, consider Phoebe to whom Paul entrusted the task of taking a letter to the church in Rome. Most Bible scholars feel that letter became the book of Romans in Holy Scripture, Paul’s masterful teaching on salvation through faith in Jesus Christ. Bringing a letter to a group leader may not seem like a big deal, but as we now know, it was a tremendously important task.

In the second part we will look at some common reasons we, as older women, resist going beyond our comfort zones in reaching out to others. In addition, we will look at some contemporary examples of women who have made a vow to serve God in a specific way, many persevering through hard times. I think their lives will be an encouragement and inspiration to you.

* Dear God, I acknowledge that I am a sinner and need a savior.  Come into my life through Jesus Christ your son. Thank you for your great and eternal love for me.

Sung by one of my favorite singers- Lynda Randle