God Has a Better Plan for You 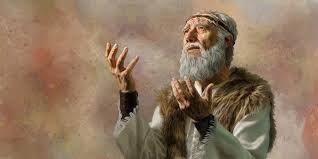 For the past several weeks the blog has focused on the prophet Elijah and how he felt totally forlorn, alone and fearful for his life that had been threatened by the wicked Queen Jezebel, so much so that...
he hid in a cave and prayed for death. Of course, we also saw how God didn’t leave him there, but rather encouraged him, gave him an assistant and sent him back into the business to which God had called him. 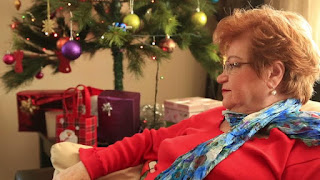 As I write this blog, here in the United States the winter’s two biggest holidays are just around the corner: Thanksgiving and Christmas. While these are festive occasions centered around one’s family and traditions, I’m aware that it can be an especially painful time for widows whose life has been rearranged and for whom holidays often point to their loss. Loneliness and self-pity setin and instead of joining in the festivities, some widows would rather withdraw and refrain from either receiving or giving joy.  They tend to forget that God is still just as close to them, is still caring for them, and has a plan in mind for them. That reminds me of another story in the life of the prophet Elijah.

This story is recorded in I Kings 17:1-14. God had spoken to Elijah telling him that a drougt would overtake the land of Israel, lasting for a few years.  Obviously, this famine affected Elijah too, but God spoke to Elijah telling him to go to a certain place where there was a small brook that would supply him water and while there God sent ravens to feed him daily. He most likely fared better than the average citizen in Israel. If God could supernaturally send ravens to deposit food twice daily for Elijah, he could just as easily have kept the brook from drying up, but He didn’t. And sometime later that's exactly what happened. The brook became just a dusty little channel devoid of the life-giving liquid. Do you sometimes feel that your supply of emotional and spiritual energy is depleted, especially as holidays approach? You may find yourself dreading the holidays, knowing that nothing will be as it once was when your spouse was at your side, and now all the family traditions are just a memory.

The “brook of your soul” is all dried up and you simply feel bereft of enough energy to face it all. I have good news for you, but first let me tell you what happened to Elijah.

God told Elijah to go to a town that wasn’t even in Israel and there he would find a widow, along with her small son, who would suppy him with food. When Elijah arrived in Zarephath, he found the woman and her child with just enough flour and oil left to make one meeal for them and their plan was to lie down and wait for death-the agonizing death of starvation.  Elijah immediately tells her to make a loaf of bread for him. And the woman did as she was told, kneading the flour into a precious life-saving dough, not just this one time, but every morning for the duration of the famine, because God miraculously kept the supply going just as Elijah had told her He would. Did I mention that the Scripture states that God had prepared a widow in Zarephath? God was working even before Elijah or the widow knew it. God hasn’t changed. He has prepared work for you to do and is also working on the exact thing or person He is preparing for you to serve.


And that brings me to another part of this story that I want you to know about. At some point the young son became ill and died. Of course she was heartbroken and appealed to Elijah. Elijah prayed and her son was restored to life. Just as God wouldn’t allow Elijah to die, neither will he allow you.

Did you note what God did?

He sent Elijah to a totally different region, to a foreign country and to a woman who, along with her son, would also have died. God’s plan for you just might be to do something different, something He has prepared just for you. God often calls us to do something different even in the midst of our pain that allow us to focus on something or someone other than our own situation. In fact, being a pain reliever for someone else is the best way to relieve your own pain.

Think of the ways in which Elijah most likely served this widow and her son. He was able to mentor a lad without a father, perhaps do chores around the house that were a true help to this widow, provide companionship and adult conversation for her, and, perhaps most importantly, he was there to pray to God to restore this widow’s son to her. In other words, God was supplying his physical needs while also keeping him busy pouring into the lives of two other of God’s children. Did you also notice that it wasn’t his usual work of being a prophet? No, this was a different calling for Elijah, but it was God’s plan and a better plan that either Elijah or the widow could have dreamed. 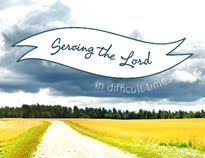 Ladies, opportunities abound for you to be involved.

America is full of organizations that assist others and welcome volunteers in that effort; churches are also great resources for reaching out to others, even if it isn’t your own. However, if you’re not physically able to work in a soup kitchen or help at a community food bank, or aren’t financially able to give to a needy family, you can begin in your own family. Instead of having your family show you extra love and concern this year, don’t dwell on the one you’ve lost, but rather concentrate on those you still have.

Think of new and different ideas to make them happy. It doesn’t have to cost a lot of money either. Begin to write your memories down for your grandchildren, sharing how you met and fell in love with their grandfather, telling them what their parent was like as a child, filling in with details of your own childhood. Once you get started, it might amaze you at the memories that come rushing back. Pass them on and delight the heart of your child or grandchild.

As Christians we’re called to serve. Ask God to open up opportunities for you to do so this holiday season. I guarantee that you will find yourself basking in the joy of Christ’s birth, his gift of a new birth for you, and the areas of service that you can enjoy as His child this Christmas season because His plan is always better. (For further reading on this topic, go to the right and click on Pray, Plan, Prepare, Oct. 2018.)

For those of you reading this who have not asked Christ to be your Savior, won’t you do so now? Just acknowledge that you are a sinner and that you accept Christ’s death and resurrection as truth and invite him into your life. That if you confess with your mouth, “Jesus is Lord,” and believe in your heart that God raised him from the dead, you will be saved, (Roman 10:9). 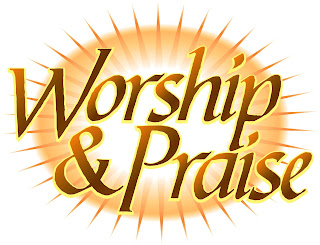 "He Will Carry You" sung by Lynda Randle