A Woman Of Extraordinary Strength and Resolve

A WOMAN OF EXTRAORDINARY STRENGTH
AND RESOLVE

There is a widow who is briefly mentioned in the Bible from whom we can learn much. Her story is told in II Samuel 21:1-15. Let me summarize it here for you:

The land of Israel was in the midst of a severe drought that eventually lasted for three years. David was the king and was divinely informed that the reason for the drought was the slaughter of the Gibeonites by Saul when he was king, thus breaking an oath to them. You may remember the Gibeonites as the group who had successfully deceived Joshua into thinking they had come from a long distance, evidenced by their tattered garments and moldy bread.

Joshua had thoughtlessly made a treaty with them stating that Gibeon could not be destroyed by the swords of Israel. They were allowed to live within Israel’s borders, and Israel kept their treaty with Gibeon throughout the ensuing years…until Saul. He personally concluded that the Gibeonites should be destroyed since they were a heathen group living within Israel’s borders. He didn’t completely annihilate them, but he completely routed them, and by that act, he totally disregarded the oath made to God. Now, here it is, several years later and King David knows that compensation must be made for this broken treaty. So, he designated the two sons of Rizpah, whom she had as a concubine of Saul’s, as well as five of Saul’s grandsons. These seven young men were handed over to the Gibeonites and they were duly hanged upon the gallows. 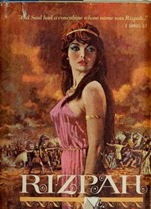 This brings us up to the point in this story that the widow Rizpah makes her appearance. Although Scripture doesn’t tell us much about her, we can surmise much about her life, as it followed the scripted one for a concubine of a king of Israel. She was a beautiful woman, lived in the palace, dressed in the designer dresses of the day, and had all the luxuries of life available to her. Even though Saul was now dead, she was still the mother of two of his sons and that was an honor in itself. Her sons gave her joy as well as status and she took great pride in them.

Now, her sons were hanging from a tree above a rock in the mountains. It would make sense to us if that was the last we heard of this older, grieving mother of two princes whose father’s disobedience resulted in their family’s loss of the kingdom and now their own deaths as well. I doubt there were many in Israel who gave Rizpah a passing thought, except for her close friends and family members. I’m sure they expected her to behave in a circumspect manner, grieve her sons privately and live out the rest of her life in quiet dignity. These people hadn’t reckoned with the strength of character of this woman and that’s why I think it’s important to see what her actions might say to present-day widows.

The Gibeonites had not only hanged these young men, they left their bodies to rot on the trees from which they hung. What shame and disgrace for any human, but to Rizpah’s mind, especially Israelite princes. There was no thought for a proper burial, no thought to the disrespect this showed to the lives they had once lived. Here they were left to swing in the open, easy prey for animals and the natural process of death.

She knew the customs and laws of the Israelites. She might have even been familiar with Deuteronomy 21:22.

If a man has committed a sin worthy of death and is executed, and you hang him on a tree, then his body must not remain all night on the tree, but you must bury him that day (for he that is hanged is accurse of God) so that your land may not be defiled, which the Lord your God is giving you for an inheritance. 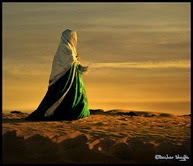 But what could Rizpah do? The deaths of her sons had left her in a particularly vulnerable position; she was now only a widow and a childless one at that. Her sons were the property of the Gibeonites. She couldn’t ease her pain and grief by the normal tender ministrations of washing the bodies, wrapping them in oils and spices, followed by a burial in a family grave. Her sons were just left to be fodder for the appetites of vultures or large animals. This became unthinkable to her, and a plan formed in her mind.

We will look at what she did in our next lesson, and contemplate the mercies
of God to her by preserving her memory and actions as a lasting testament to what can
be accomplished through His strength when we choose to do right...regardless of the cost. 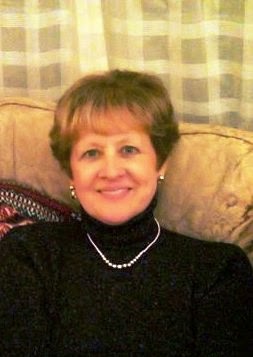 After reading part one of the above story "Rizpah", this song came to my mine. Rizpah is a special mama and is trying so hard to protect the bodies of her two sons. Sit back and listen to the words as Lynda Randle sings this beautiful song " 'Till The Storm Passes By"