I Can and I Will 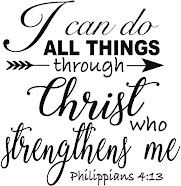 Philippians 4:13 says, “I can do all things through Christ who strengthens me.” As with all Scripture, this one must be put in its proper context. To do so, we look at what comes before and after it. Paul had been speaking about his ability, through Christ, to have little or to have much, to be full or to be hungry.  He put his trust in Christ’s sufficiency in facing all life’s circumstances. As you look forward to 2022, I encourage you to make this your theme verse. Only God knows what you are going to face, the circumstances that you will have to endure and persevere through. Let this verse be a reminder that it is Christ who will give you the strength and ability to persevere. 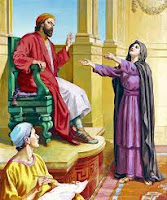 There are two women in the Bible who were persistent when circumstances seemed impossible. The first one is found in the 18th chapter of Luke. A widow went to a judge asking
him to grant her justice against her adversary. Now, the judge wasn’t a religious man, and had no time for either God or his fellow man. For some time he simply ignored the woman’s plea, but she wouldn’t give up and kept coming back to him. Finally, he gave in to her plea just because her persistence was annoying him.
We are told in Scripture that the judge did not fear God and had no respect for people in general, and even less for women. This woman was a poor widow which meant she didn’t even rate the lowest rung on the social ladder. So, what caused the woman to do what she did in coming back to the judge and demanding that her rights be upheld? She knew her rights by law and knew that her appeal was legal. Because she persisted in her appeal based on legal grounds, the judge said, “because this widow keeps bothering me, I will see that she gets justice.” She had plotted her strategy and every time the court was in session, she was there demanding the justice to which she was entitled. In other words, she said, “I can and I will go to court.”
The second widow that exemplified persistence was Anna whose story is told in Luke 2. Anna was widowed and left childless after seven years of marriage. In the account in Luke she is 84 years old. Instead of remarrying, she had joined the holy women who devoted

themselves in continual service in the temple. She relinquished a normal lifestyle, never leaving the temple but “worshipping night and day, fasting and praying,” according to verse 37. Yet, she wasn’t admitted entrance to the actual temple because she was a woman. The inner court was divided into two sections: the Women’s Court and the Court of Israel. Women could only enter the Women’s Court. Despite this, she prayed to God continually for the coming of the Messiah and waited longingly for His appearance, day in day out, month in month out, year in year out, for over 60 years. She would listen as the rabbis read the prophecies concerning the Lord’s Messiah and she watched unceasingly for his coming. 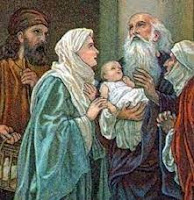 And one day the miracle happened! As she entered the Women’s Court, as she did each day, she heard sounds of joy coming from the inner court of the temple. Then she saw the child in the arms of his parents and knew that her long anticipated Messiah had come. She was intimately acquainted with her Lord, devoting her entire life to developing her relationship with Him and she recognized His life in the life of His son, the babe in Mary’s arms. The customs of the time may have restricted the physical location of Anna’s worship, but that in no way could bind her actual worship and devotion. Anna demonstrated great perseverance in spite of the restrictions placed on her. She too in essence said, “I can and I will go each day to offer devotion to God in expectation of His Messiah.”
As you reflect on the year just passed, think of the circumstances you encountered, as well as the promises of God from His Word and how His faithfulness sustained you and enabled you to go from...

"I can…” and “I will…”  Remember that God is the same loving heavenly Father year in and year out. It matters not what circumstances you will encounter in 2022, God will faithfully be right there with you, empowering you, comforting you, encouraging you, teaching you, and demonstrating His eternal love for you. Start each new day with today’s verse, “I can do all things through Christ who strengthens me.”
If you don’t know Christ as your Savior, I invite you to make Him lord of your life by acknowledging that you are a sinner and accepting His death on the cross as the price paid for your sin. He longs to make you His child and give you new life.
"Friends Needing Friends International Widow Ministry" wishes each of you a most joyous New Year and God’s blessings on your life in 2022! 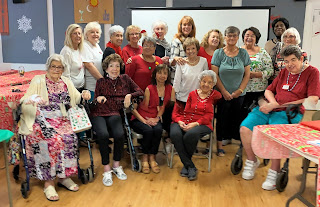 FNF group of wonderful ladies is located in Boynton Beach, Florida, USA, under the direction of Dotti Israel Ackerman. 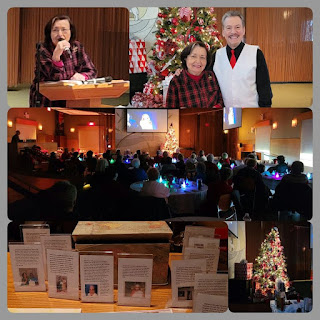 Our next group of ladies is from Southern New Jersey, USA, under the direction of Mary Lou & Paul Tweed. Their pastor is Pastor Bruce Sofia for over 33 years. 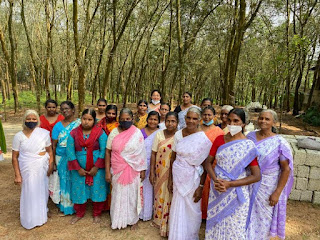 Our beautiful ladies are from India under the direction of Kerusomen Gospel Ministries.
After serving the Lord for over 33 years, along with many of our faithful workers, here is one of our favorite songs by Lynda Randle. Click above and enjoy. Sing along with Lynda Randle.  God's blessings in 2022.
Dotti Israel Ackerman, Founder and Director of FNF, Est. 1988.